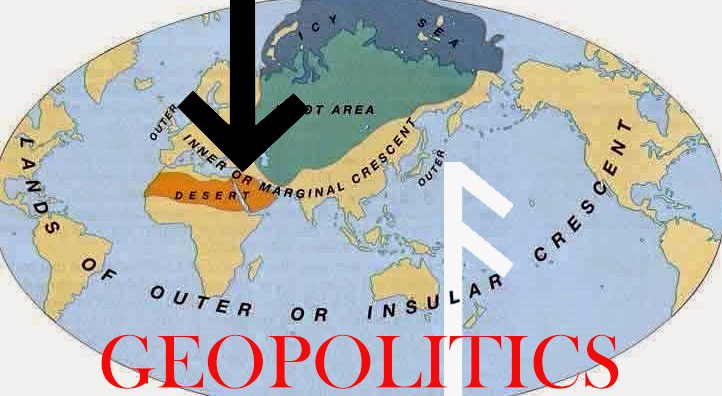 The Australian news reported a high level assessment that “we do not see Russia … as posing a military threat to Australia.” (Date: 29/1/18).

There are big parts to this here: Russia’s military and Australia’s place. These geopolitical questions must be addressed from a Biblical perspective.

The first issue is about Russia’s rise in the coming years. This is clearly laid out in many Scriptures, such as Ezekiel 38, 39; Daniel 8 and Daniel 11:30-45. From this we would have to conclude that Russia is certainly a military threat.

From our Australian Biblical geopolitical view, we only have to look at the ultimate aim of the Russian power to ascertain Russia’s military threat level: “But tidings out of the east and out of the north shall trouble him: therefore he shall go forth with great fury to destroy, and utterly to make away many.” (Daniel 11:44).

The next step that follows is to see what the Russian threat is actually designed against. This is identified in Daniel 11:31, which lists three things:

1. The sanctuary of strength being polluted.
2. The taking away of the daily sacrifice.
3. Placing an abomination that maketh desolate.

The sanctuary of strength deals with two areas: Christianity and where its “home base” is. This indicates that Christianity in the USA is the target.

10 And it waxed great, even to the host of heaven; and it cast down some of the host and of the stars to the ground, and stamped upon them.
11 Yea, he magnified himself even to the prince of the host, and by him the daily sacrifice was taken away, and the place of his sanctuary was cast down.
12 And an host was given him against the daily sacrifice by reason of transgression, and it cast down the truth to the ground; and it practised, and prospered.
(Daniel 8:10-12).

The “stars” indicate both Christian leaders as well as a symbol for some of the states in the United States.

The daily sacrifice means the practice of Christianity, the use and understanding of Scripture:

4 In God I will praise his word, in God I have put my trust; I will not fear what flesh can do unto me.
5 Every day they wrest my words: all their thoughts are against me for evil.
(Psalm 56:4, 5).

As Christians, we are priests to God, offering up the daily sacrifice: “By him therefore let us offer the sacrifice of praise to God continually, that is, the fruit of our lips giving thanks to his name.” (Hebrews 13:15). Proverbs 30 indicates that the proper name of God is found in the Scripture, yet there is a lot of attack on this by production of new and varying Bibles and alterations to the names of God (e.g. by Hebrew roots).

So we can certainly conclude that Russia would be a military threat to many nations. We can also see an associated ideological and religious conflict against Bible-believing Protestant Christianity (particularly in America) by Russian propaganda.

There is a geopolitical conflict at play. It would be naive and incorrect to deny Russia’s ability and power in this conflict. If anything, this is a time for Australians to turn to Biblical Christianity.

4 He shall not fail nor be discouraged, till he have set judgment in the earth: and the isles shall wait for his law.
12 Let them give glory unto the LORD, and declare his praise in the islands.
13 The LORD shall go forth as a mighty man, he shall stir up jealousy like a man of war: he shall cry, yea, roar; he shall prevail against his enemies.
14 I have long time holden my peace; I have been still, and refrained myself: now will I cry like a travailing woman; I will destroy and devour at once.
21 The LORD is well pleased for his righteousness’ sake; he will magnify the law, and make it honourable.
(Isaiah 42:4, 12-14, 21).