A few months ago I commented on Bill Muehlenberg’s site:

It is easy to say that we want a shakeup of the Church, and it is easy to long for a revived Church. But the practical (spiritually attuned) aspects of this have been resisted by some of the best Christian voices, who either have capitulated in part to the program of the Left or have had weak theology which has not adequately primed them for a victory position.

The entire Ruddock Review is of no consequence for those whose authority is first in Scripture and in the Spirit of God. To advocate for “religious freedom” then is entirely misguided. Today’s ideological war against Christianity is not something that we could have done anything about, because it already began with the French Revolution, and Bible prophecy shows how today’s state of the Church was inevitable.

Revelation 3 as a prophecy about today’s churches shows how the call is for all Christians to repent and get right. You can develop out of weak theology and we are able to extricate ourselves from the influence of Enlightenment philosophy/Leftwing ideology within Christianity.

Here’s an example of how far towards left field veneer-style Christianity is sliding. A semi-political pamphlet was sent out requesting prayer for something called the “Human Rights Law Alliance”.

Isaiah 59:14, 15
14 And judgment is turned away backward, and justice standeth afar off: for truth is fallen in the street, and equity cannot enter.
15 Yea, truth faileth; and he that departeth from evil maketh himself a prey: and the LORD saw it, and it displeased him that there was no judgment.

If left-leaning propaganda about so-called “religious freedom” and human rights advocacy (the main philosophy of social justice warriors) is being called upon, then that’s very flimsy and does not deserve the title “Christian”, seeing the philosophy of the Enlightenment, the French Revolution and the entirety of modernist Infidelity is ANTI-Christian.

2Ki 18:21
21 Now, behold, thou trustest upon the staff of this bruised reed, even upon Egypt, on which if a man lean, it will go into his hand, and pierce it: so is Pharaoh king of Egypt unto all that trust on him.

Revelation 3:16
16 So then because thou art lukewarm, and neither cold nor hot, I will spue thee out of my mouth. 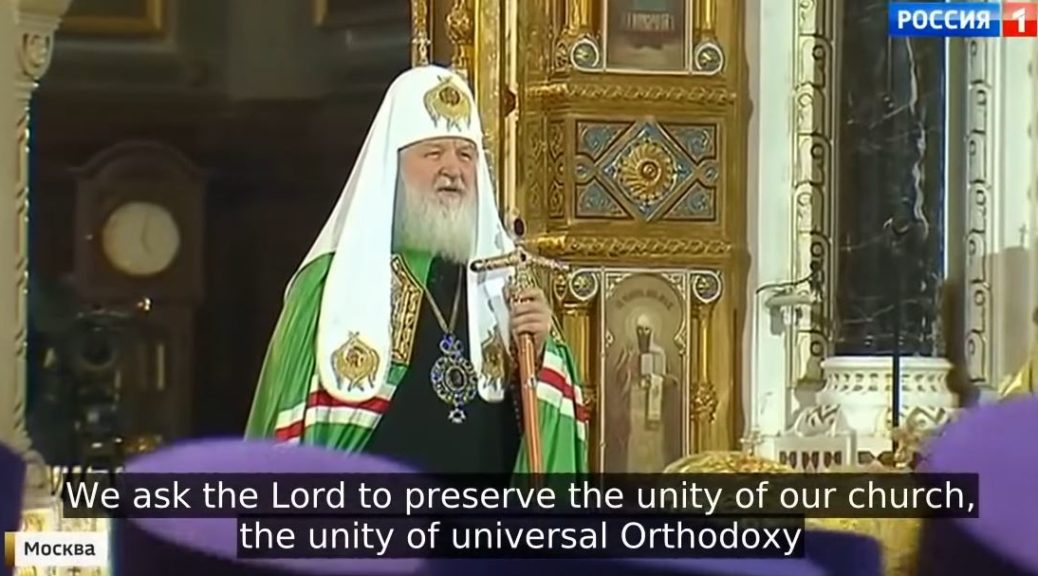 The Protestant Reformation has been around for over 500 years. There’s definitely been evangelism into Eastern Orthodox areas.

Many Catholic areas in northern Europe converted from Catholicism to Protestantism, but the Eastern Orthodox in their national contexts, have been resistant to Protestantism.

Protestantism did everything to help Britain resist the underlying ideologies of the French Revolution. The Enlightenment and today’s Infidelity (e.g. Secular Humanism) have not been able to fully take over all the English speaking nations, though there has been very significant compromise within and weakening of Protestantism. One can certainly argue convincingly and profess that enclaves and individuals of the best sort of Christianity are to be found within the English-speaking Christian world and its global missionary radius.

The Scripture teaches, “But when the Comforter is come, whom I will send unto you from the Father, even the Spirit of truth, which proceedeth from the Father, he shall testify of me:” (John 15:26). The Holy Ghost would indeed be leading people to Protestantism, if any would heed Him.

Not only have the Eastern Orthodox resisted Protestant truth, but the long influence of Communism and the Infidelity which is spewing out of the West is having a disastrous effect on them. Today’s mere ceremonial tradition and symbolic buildings hold sway, rather than any life changing Gospel revival.

But this is what the prophecy of Zechariah states, “Then cried he upon me, and spake unto me, saying, Behold, these that go toward the north country have quieted my spirit in the north country.” (Zech. 6:8).

Propagandists say that there is a resurgence of Eastern Orthodoxy and a rising Christian civilisation in Eurasia. Sadly, it isn’t really true. Instead there’s continuing rejection of Protestantism.

There is a rising Christian civilisation in Australia and New Zealand, and that’s not because of golden domes being built, but because the Spirit of God is poured out. There are believers who are ministering the spirit (small “s”, see 2 Corinthians 3:6, cf Zech. 6:8).

Changes are happening behind the scenes because of the movement of times and seasons, and the prophetic angelic juncture in the spiritual realm.

The Bible is back, and there are believers who have their sickles out for harvest!

If any Eastern Orthodox believer will hear, let them convert to Word and Spirit Protestantism.