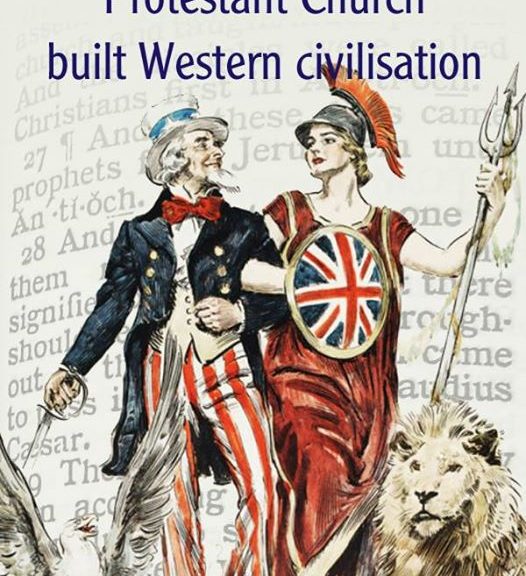 Brandon W. Hawk wrote a The Washington Post article against Alexander Dugin. The problem is, when the Left or those embracing Infidelity (Enlightenment viewpoint) write, they do so from such a false foundation that they are found to be attacking truth.

The article’s foundational premise is that “nationalist imperialism” is bad, which automatically must cast the Christian Roman Empire, or Protestant Britain as “bad”.

LET every soul be subject unto the higher powers. For there is no power but of God: the powers that be are ordained of God.
2 Whosoever therefore resisteth the power, resisteth the ordinance of God: and they that resist shall receive to themselves damnation.
3 For rulers are not a terror to good works, but to the evil. Wilt thou then not be afraid of the power? do that which is good, and thou shalt have praise of the same:
4 For he is the minister of God to thee for good. But if thou do that which is evil, be afraid; for he beareth not the sword in vain: for he is the minister of God, a revenger to execute wrath upon him that doeth evil.
(Romans 13:1-4).

It is pretty obvious why Left-wingers would hate Christian Empires. It is because they know they wouldn’t be free to just sin away, but would be under authority.

“His Eurasianist ideology is grounded in a fundamentalist religious nationalism that seeks to create a Christian empire that unites Europe and Asia in a quest to restore a ‘traditionalism’ rooted in conservative Orthodox Christian values and white supremacy.”

What would these Leftists say about Bible believers? “Their Oceanic ideology is grounded in a fundamentalist religious nationalism that seeks to create a Christian Empire that unites nations of the Pacific in a quest to restore a ‘traditionalism’ rooted in conservative Protestant Christian values and Anglo-Saxon cultural supremacy.”

Further, Mr Hawk accuses Dugin of using “medieval imagery”, and yet we reproduce pre-Enlightenment imagery because we are promoting a complete rejection of the Enlightenment ideals, while building on good ideas, like those promoted by George Abbott (pictured above) who helped make the King James Bible and believed in England’s gospel mission, that the English Church was the best, and knew of a great southern continent as yet unexplored.

14 They shall lift up their voice, they shall sing for the majesty of the LORD, they shall cry aloud from the sea.
15 Wherefore glorify ye the LORD in the fires, even the name of the LORD God of Israel in the isles of the sea.
16 From the uttermost part of the earth have we heard songs, even glory to the righteous. But I said, My leanness, my leanness, woe unto me! the treacherous dealers have dealt treacherously; yea, the treacherous dealers have dealt very treacherously.
(Isaiah 24:14-16).

The Left simply cannot be trusted, as their true enemy, the long term and eternal enemy of Infidelity is actually our religion. Thus, instead of attacking Dugin, they are attacking our views.

People take this statement as the highest wisdom in politics, and various Christian writers and thinkers proclaim that this statement is an essential truth.

But is it? After all, Lord Acton was a Roman Catholic of the strongest variety.

Roman Catholicism and much of Protestantism erroneously teaches that the saintly Christian man is still substantially evil, flawed and under the yoke of sinfulness. Even if so to a lesser degree. But the Scripture shows:

“For whosoever shall keep the whole law, and yet offend in one point, he is guilty of all.” (James 2:10).

“Jesus answered them, Verily, verily, I say unto you, Whosoever committeth sin is the servant of sin.” (John 8:34).

What does that say of Lord Acton’s ultramontane views and his contemporary powerful popes? It is not the power that corrupts, but bad men, when they obtain power, do bad on a grander scale.

“When the righteous are in authority, the people rejoice: but when the wicked beareth rule, the people mourn.” (Proverbs 29:2).

Therefore, it is not authority, not wielding power which corrupts. It is sin which corrupts. But if a person is righteous, then, as the Scripture in Proverbs 29:2 quoted above states, the people rejoice.

In other words, it is good for good people to have power, and maximum power must therefore lead to maximum good.

Constantine or Theodosius did much good, as did the Protestant monarchs. Nothing has changed in this principle, therefore it is highly desirable that good people be elevated to good positions.

“He raiseth up the poor out of the dust, and lifteth up the beggar from the dunghill, to set them among princes, and to make them inherit the throne of glory: for the pillars of the earth are the LORD’s, and he hath set the world upon them.” (1 Samuel 2:8).

So those supposed Christian political thinkers who raise up the human ideology over the Spirit-led Biblical view are either deceived or, worse, deceivers.

Here’s a quote showing the mistaken consequences of reasoning that power must be in some way corrupt:

“Since power corrupts and government power tends to naturally corrupt, if a society safeguards freedom of speech, its government becomes far more accountable to the people. Freedom of speech allows people to speak out and criticise the government when they think it is going awry. Consequently, freedom of speech ought to be viewed as a fundamental mechanism against the concentration of power.” (Augusto Zimmermann).

The flawed logic is that government power must be corrupt, and that the only way to deal with this is a form of libertarianism. In other words, allowing unBiblical and anarchic licence to say whatever is essentially a justification for anti-authoritarianism.

It is ridiculous to posit that the concentration of power is a bad thing, else one must reject the rule of Christ Jesus Himself! And if this is meant only for earthly government, then when shall Christian influence ever be allowed, for by such flawed reasoning, Christian government should be banned, which is the exact intention of Infidelity (consider, for example, its rigorous anti-Christian practises in the French Revolution, and to its consequences in the Social Revolution which permeated the English-speaking world from the late 1960s).

Mere socialist democracy, separation of powers by dilution, rejection of official religion and secularist removal of all religion in governance is, by its very nature, and in its origins and in its consequences, complete warfare against traditional Protestant Christianity.

The Gospel does not require some arbitrary grant of “freedom” of one sort or another to empower people to either speak out against “oppression” or else, to have the right to preach righteousness and “proselytise”.

Let us therefore turn to the higher and better way, that with the righteous, the truly ascending and attaining Christian, power is to be used well.

Christianity which is surrendered to at least the principles of Infidelity is already on its slow and tedious journey towards what is called the Left. The fact that almost all those on the so-called Christian Right have embraced the fundamental erroneous foundations of erroneous thought is deeply problematic, and requires empowered Christian action to bring Christian ideology to the sound foundation of Scripture and spiritual certainty.

Nothing is more wrong and unbiblical than to publicly berate various sinners, and then say that you are a sinner too.

“Wherefore laying aside all malice, and all guile, and hypocrisies, and envies, and all evil speakings,” (1 Peter 2:1).

Why is it unbiblical? Well, according to Scripture, Christians are not sinners.

“And she shall bring forth a son, and thou shalt call his name JESUS: for he shall save his people from their sins” (Matthew 1:21).

“Unto you first God, having raised up his Son Jesus, sent him to bless you, in turning away every one of you from his iniquities.” (Acts 3:26).

Either Jesus is the Saviour or not, because, “But your iniquities have separated between you and your God, and your sins have hid his face from you, that he will not hear.” (Isaiah 59:2).

“Being then made free from sin, ye became the servants of righteousness.” (Romans 6:18).

“But now being made free from sin, and become servants to God, ye have your fruit unto holiness, and the end everlasting life.” (Romans 6:22).

If a person accepts the righteousness of God, and then wisely, lovingly and properly explains about the existence of God, His law with its awful consequences, true repentance and what Jesus has ALREADY DONE for us, then they are going to be able to best help others come to realise, by the spiritual awaking of their conscience, that their state is precarious.