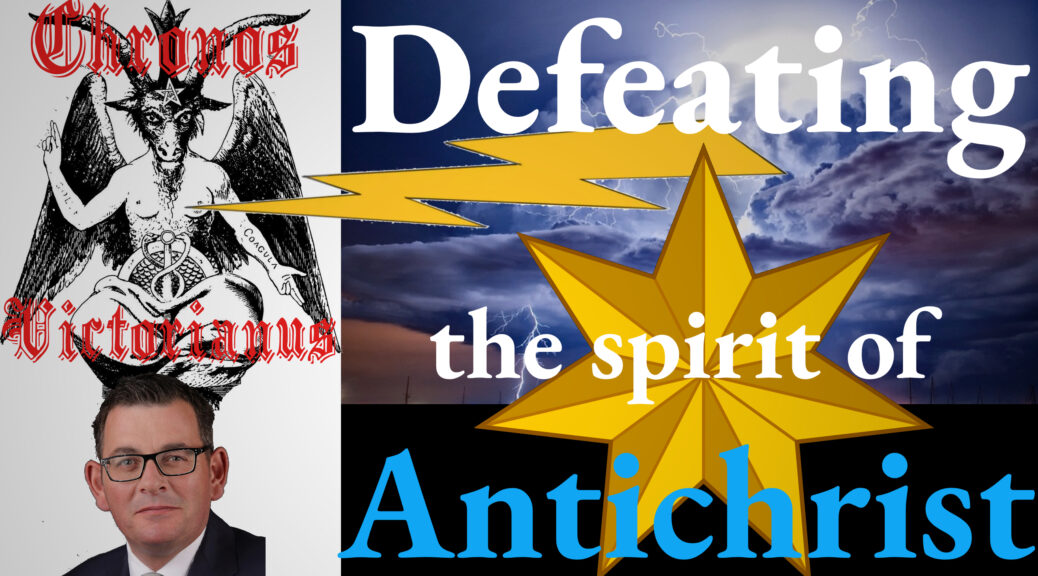 There is a hidden reality that the modern world does not acknowledge, yet it is pervasive and important: the spiritual realm.

Even though unseen, the Bible makes it clear that there are angels and devils operating around the place. The Holy Ghost is also present. The world, in its fallen state, is riddled with evil spirits, devils.

In recent times there has been much talk about political dictators, deep state actors and nefarious conspiratorial elements out there in the world.

Rather than looking at some man as a bad person, with a focus on him in the natural, physical realm, really the understanding should be on what evil spirit is behind them which is manifesting out in what the person is doing.

“For we wrestle not against flesh and blood, but against principalities, against powers, against the rulers of the darkness of this world, against spiritual wickedness in high places.” (Ephesians 6:12).

The fight is not merely physical or political, but is first spiritual. If evil spirits are at work (and they are) it is not enough to use propaganda, people power or any other methods of defeating them. Spirits must be confronted with spiritual power.

In Daniel 10 there is a description about how angels were fighting with an evil spirit. As such, the way that warfare against evil is waged should be first understood as spiritual force being applied against spiritual force.

Which is to say, the force of Christ’s power versus the operation of the devil. Christians who are “awake” should not be thinking that the solution to a political “dictator” is some counter political power, but rather is spiritual power against the spiritual evil behind the scenes.

On that basis, things happen. The natural or political will follow what has already happened in the spiritual. (In the Bible, Jesus cursed a fig tree, where the curse effected the roots of the tree, but the tree only appeared withered the next day.)

Whereas those people who rely on things like violence against the police, mass rallies and cut through propaganda are missing out on the first vital step that is going to lead to a proper political solution (not fighting the police in street brawls).

“And every spirit that confesseth not that Jesus Christ is come in the flesh is not of God: and this is that spirit of antichrist, whereof ye have heard that it should come; and even now already is it in the world.” (1 John 4:3).

The real solution first of all is Christianity. Of course it is wonderful to see things besetting bad leaders, but ultimately until and unless there is a movement to take up Christianity, there is no real solution.

People need to get down on their knees so to speak, and turn to the Almighty, because ultimately it is only divine intervention that is the real power to destroy the tyrant spirit. On that basis, no dictator can continue.

It takes humility and getting things right in people’s lives and in churches, that’s what bowing the knee means. Coming to Christ and accepting Him as the Saviour is the solution.

“FRET not thyself because of evildoers, neither be thou envious against the workers of iniquity. For they shall soon be cut down like the grass, and wither as the green herb.” (Psalm 37:1, 2).

Political action should follow spiritual action. It is not enough to pray, repent or call to God. Once that’s done, then the corresponding actions must follow. We cannot just “pray the dictator away”, but it requires actions that come from the basis of seeing the spiritual victory of the angelic over the demonic.